Every year on the 9th lunar month of the Tibetan calendar, Vajrayana Buddhists around the world celebrate Lhabab Düchen  – one of the four significant Buddhist festivals in every year. Lhabab Düchen is a very important Buddhist event, as it commemorates the day that Lord Buddha descended from the God Realms of Trāyastrimsha (also known as the Heaven of the 33 Gods.)

According to Buddha’s teachings, Buddha’s mother (who had already passed away) was reborn in the God realms. To repay her kindness of giving birth to him, the Buddha left Earth and travelled to Trāyastrimsha Heaven in order to give teachings to his mother as well as to the Gods of all the Heaven realms.

At that time was 41 years old. He remained in Trāyastrimsha Heaven for some time and his disciples began to worry that he would not return. Beneath the full moon of the 9th month (15th day), Buddha’s heart disciple – Maudgalyayana –  made heartfelt requests to the Buddha, imploring him to return to Earth and he agreed. A week later (on the 22nd day), the Buddha returned to Earth, descending on a magical “triple ladder” specially created by Viswakarma, the God of Machines. Hence both the full moon date and the actual date of his return are considered extremely special days; karmic results of all deeds on these two dates are multiplied million-fold!

This auspicious event of Buddha returning to Earth is considered one of the twelve great acts of the Buddha. Henceforth, Buddhists around the world conduct elaborate prayers and rituals on the Full Moon Day and Lhabab Duchen Day, in remembrance of Buddha’s great compassion and love for the world.

Generally, the whole month of Lhabab Düchen is considered auspicious for Buddhist rituals and practices. Here are the dates connected to Lhabab Duchen in year 2020:

Recommended Prayers and Practices for this month:

All karmic deeds are multiplied this month, it is really important to avoid activities that may cause more negative karma to be created. You can gain the most benefit this month by:

All Buddhist practices and the chanting of sutras and mantras are recommended for this month, and especially on those special dates mentioned above. Please follow your own tradition for practice. These are some of my suggestions of prayers you can do this month:

Sutra of the Original Vows of Ksitigarbha - Download Now!

Enter your details, and we’ll email you the Sutra!

Trāyastrimsha, also called the Heaven of the Thirty-three Gods is a one of the heavens mentioned in Buddha’s teachings. According to ancient Buddhist cosmology, it is second lowest of the six heavens in the world of desire realm. The Sanskrit name “trāyastrimsha” means thirty-three. This heaven is located on a flatbed at the peak of Mount Sumeru (the King of Mountains), where thirty-three main devas live. Among these devas include the King of this realm – Lord Shakra – who rules from his palace in the center. The other thirty-two devas live on the four cardinal directions; each direction is the abode of eight devas. The beings in this heaven have a life span of one thousand years, each day of which is equal to a hundred years in the human, or sahā, world. This means that their life span is equal to about 36.5 million human years.

Sign up for my newsletter and be the first to hear about offers, new courses, new articles and more!  If you enter your WhatsApp phone number, you’ll be added to my Whatsapp broadcast list within 24 hours. You can un-subscribe anytime.

By signing up, you consent to receive regular emails from me. Don’t worry, your email will never be shared with a third party without your consent. Sign up for my newsletter and be the first to hear about offers, new courses, new articles and more!  If you enter your WhatsApp phone number, you’ll be added to my Whatsapp broadcast list within 24 hours. You can un-subscribe anytime.

By signing up, you consent to receive regular emails from me. Don’t worry, your email will never be shared with a third party without your consent. 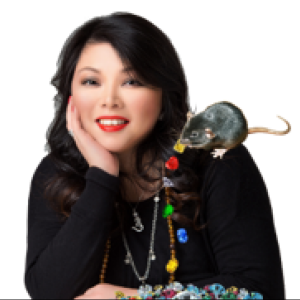 I'm a teacher, speaker and writer of topics related to Feng Shui, Chinese Astrology and Buddhist Spirituality. For the last 10 years, I’ve been guiding thousands of students on how to transform their lives positively with the help of Chinese metaphysics and Buddhist practices.
All Posts »

Sutra of Cause and Effect

After submitting this form, you will receive an email with instructions to download the file. You will also automatically be subscribed to news & updates from me (you can unsubscribe any time.)